The University of Virginia is a special place, with a language and many long-standing traditions that are unique to our University. Some of these are described below. 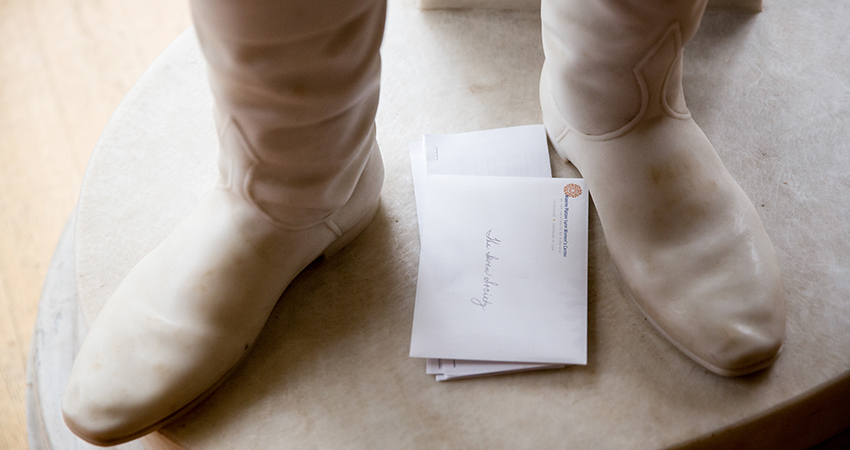 From the beginning, rituals, routines, clubs, and societies became a lasting part of life on Grounds. Some traditions, like the Jefferson Society founded in 1825 and the Honor System established in 1842, survive to the present. Other traditions were succeeded by new ones over time. The original school colors of cardinal and gray became today's orange and blue, more visible on a muddy athletic field. Along the arc of its 200-year history, the University has also evolved, leading to a more inclusive and diverse student community. Through all the continuities and changes, one theme remains: abiding affection for the University—the Lawn at the heart of the Academical Village, our positive traditions, our students and professors—continuing unbroken for nearly 200 years.

One of UVA's most enduring traditions and strengths is the entrusting of much decision-making to students. The University Judiciary Committee, Honor Committee, Student Council, Lawn Selection Committee, and many others are staffed and governed solely by students. The recently opened 1515 Building on the Corner and Multicultural Student Center in Newcomb Hall are other examples of students taking the lead role in creating a University initiative.

Despite numerous inconveniences, hundreds of students annually vie for the honor of a room on the University's Lawn. A panel of current fourth-year students selects peers whose academic performance and service to the University merit a coveted Lawn room, while a panel of current Range residents selects those graduate students who merit a residence on the Range. Academic deans, accomplished professors, and the Vice President and Chief Student Affairs Officer reside in the ten Pavilions on the Lawn. The Lawn is also a popular community gathering spot for community-wide events including Lighting of the Lawn, Rotunda Sing, Convocation, and Trick-or-Treat with community children. 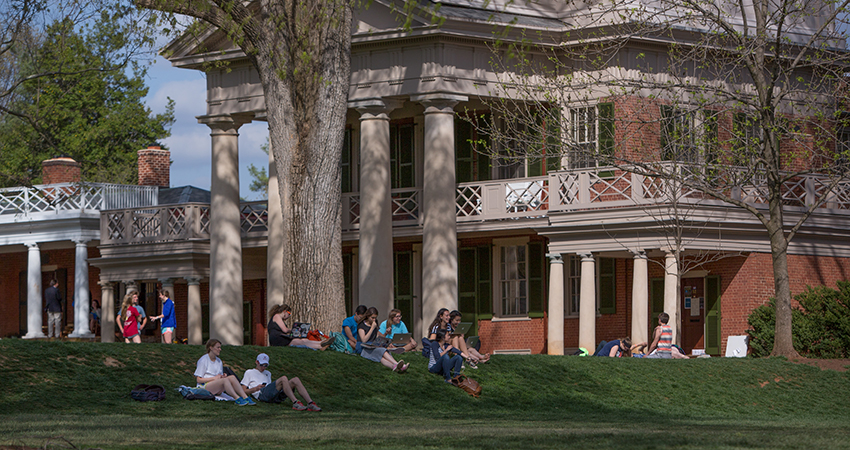 On November 12, 1840, Professor John A. G. Davis was shot to death in an attempt to quiet a disturbance on the Lawn. This incident resulted in the adoption of the Honor Code in 1842.

The University of Virginia's Honor System is one of the school's most venerated traditions. Administered solely by students, the Honor System requires that an individual act honorably in all relations and phases of student life. More specifically, the system rests on the premise that lying, cheating, and stealing are breaches of the spirit of honor and mutual trust and are not to be tolerated within the University community. Students found guilty by a jury of their peers are permanently dismissed from the University. Although a subject of regular discussion among students, expulsion is, and has been, the only sanction for an honor violation.

Certain societies at UVA exist to honor academic success and service to the University. The oldest and most notable of these include the Raven Society (1904) and Phi Beta Kappa (1907).

Many secret and semi-secret ribbon and ring societies have been established at the University of Virginia, including the Seven Society, IMPs, Zs, 21, Thirteen, P.U.M.P.K.I.N., T.I.L.K.A., Rotunda Burning, Purple Shadows, and Eli Banana. Members are selected or “tapped” based on demonstrated achievement in the eyes of current members of each society. Most societies have service and love of University at their heart.

The Jefferson Literary and Debating Society

The Jefferson Literary and Debating Society was founded on July 14, 1825, by 16 disgruntled members of the now-defunct Patrick Henry Society; in Room Seven, West Lawn. For over 181 years, the Society has distinguished itself as the oldest continuously existing collegiate debating society in North America.

"Virginia, Hail, All Hail" is the official alma mater of the University. The lyrics were written by J.A. Morrow in 1921. The song (also known as "Ten Thousand Voices") is most frequently performed by the Virginia Glee Club and University Singers.

“The Good Old Song” is the school anthem of the University of Virginia. The lyrics were written by Edward A. Craighill in 1895. At football games it has become tradition for students, faculty and alumni to link arms and sway while singing "The Good Old Song" after each UVA score and at the conclusion of the game.

“Corks and Curls” is the name of UVA's student yearbook. Published since 1888 (with a small gap in the mid 2000's), the title is taken from the vernacular of the late 19th century: “The student who flagrantly failed to reply correctly to the questions of his professor in the classroom was said to have been ‘corked’ … if he answered with a grand flourish of pertinent information, he was said to have ‘curled.’”

The Lighting of the Lawn

A tradition of more recent vintage, the Lighting of the Lawn brings together UVA students, faculty and our Charlottesville neighbors for a festive December evening of acappella music and good cheer, culminating in the brilliant display of light.

Held each fall in conjunction with Family Weekend and the awarding of Intermediate Honors, the Ring Ceremony brings together Third Year students and their families for a program celebrating their time at the University. At the conclusion of the event, participating Third Year students put on their UVA class rings. Another UVA tradition involves placement of the ring. While a student, one wears the ring with Minerva facing inward; upon conclusion of Final Exercises, the ring is worn with Minerva facing outward to the world.

The University of Virginia is an institution rich with history and tradition. A good way to begin learning about this is to familiarize yourself with the terminology that contributes to UVA's culture. The following is a short list of some University vocabulary that you may find useful.

The Academical Village is the community of UVA students, faculty, and staff, and the basis of Thomas Jefferson's idea that living and learning are connected. The Lawn is based on this concept with faculty living in the Pavilions and students in the Lawn rooms, with the Rotunda-formerly the University library-at its heart. The Academical Village is a (rare) UNESCO World Heritage site.

The home of UVA's president, Carr's Hill is located across Rugby Road from the sports field known as "Mad Bowl".

The C.D. is the student-run and produced newspaper, fully independent of the University.

Situated behind Lambeth Apartments (Lambeth Field is the grassy area), the Colonnades have been restored and are the namesake for several formal dances that were used to fund the restoration. Some club sports play here occasionally. Lambeth Field and the Colonnades were the University's home for varsity football prior to the construction of Scott Stadium.

Located on University Avenue, the Corner is the (ironically) straight strip of restaurants and shops that is a favorite spot for UVA students. The 1515 Building, a mixed-use social space in high demand by students, opened in the heart of the Corner in 2017.

Used instead of freshman, sophomore, junior, senior. Why? To be a “senior” implies that a person has reached the final phase of learning, a feat that Mr. Jefferson believed impossible, arguing instead that education is a life-long process.

The term used by generations of students, faculty, and alumni to refer to the University, rather than "Campus".

The term used to refer to students who live on the Lawn. Selection of Lawn residents is by application and is based on academic success, leadership, and diverse areas of service to the University. Students can apply to live on the Lawn during their final year of undergraduate study at the University and are selected by a panel of their peers. For more information, visit the Housing Division website or email housing@virginia.edu.

The sunken field across the street from the Rotunda on Rugby Road. Some club sports teams use this space for games. Mad Bowl is a great place to study, play Frisbee, or have a snowball fight.

Refers to Thomas Jefferson, the third President of the United States, author of the Declaration of Independence, and founder of the University. In recent years, students have grappled with a fuller understanding of the contradictions between Jefferson's brilliance as an intellectual, man of letters, and architect of American democracy, as contrasted against his status as a slaveholder throughout his life. The Memorial for Enslaved Laborers and the larger work of the Presidents Commission on Slavery and the University represent efforts to more fully understand and recognize this history at UVA.

University faculty are referred to as Mr. or Ms. instead of Doctor, even if they have a Ph.D. Students and faculty historically addressed each other in this manner as well. Medical doctors are the exception to the rule and they should be referred to as Doctor.

Rugby Road is often used to refer to the home of some elements of fraternity and sorority life at UVA, although there are Greek houses located on other streets as well.

An alternative name for the Cavaliers or the students at the University of Virginia.

Some Books of Interest on the University